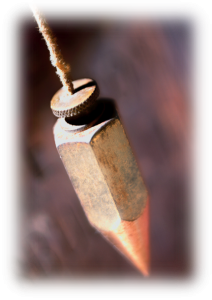 We have all heard these definitions before. Leaders are marked by their ability to influence and guide people from point A to point B. Leaders are marked by their ability to develop followers. The definition is true. If you can’t develop followers and influence people to move in one direction or another then you probably are not a leader. However, as important as the ability to influence people is to leadership, I submit that leadership is not primarily about influence. It is primarily about faithfulness.

Some might ask, “Isn’t faithfulness important to all roles in an organization.” Of course, the answer to that question is…yes.” Some might ask, “Aren’t all the fruits of the spirit, (love, joy, peace, patience, kindness, goodness, gentleness, faithfulness and self control),  critical to leadership?” Again…of course…yes.

I chose the word faithfulness as a higher priority ingredient to leadership than the ability to influence because, by definition, it encompasses integrity, consistence, loyalty and….well…faith. While the concept of faithfulness is critical to all roles in an organization, the ability to influence people is also useful for many roles as well. Many people are faithful and many people can influence who are not faithful. However, only a few have the gifts to development followers and the character to faithfully lead those followers to new amazing places.

Therefore, you might be able to sell ideas, cast vision and articulate direction and guidance flawlessly. However, if you really want to be effective in serving God and people by guiding them get to new destinations. If you really want to be an effective leader, then make your leadership primarily about faithfulness first and the ability to influence second.

Leadership Myths: Myth 1 – Leadership is Lonely Her Name Is Ptōchos (Digging into Matt. 5:3)

A Note to Young Church Leaders About Significance

This site uses Akismet to reduce spam. Learn how your comment data is processed.